Yesterday Angus hit 5 months! We haven’t take his ‘official’ 5 month pictures yet, but here’s one I caught yesterday to give you a peak: 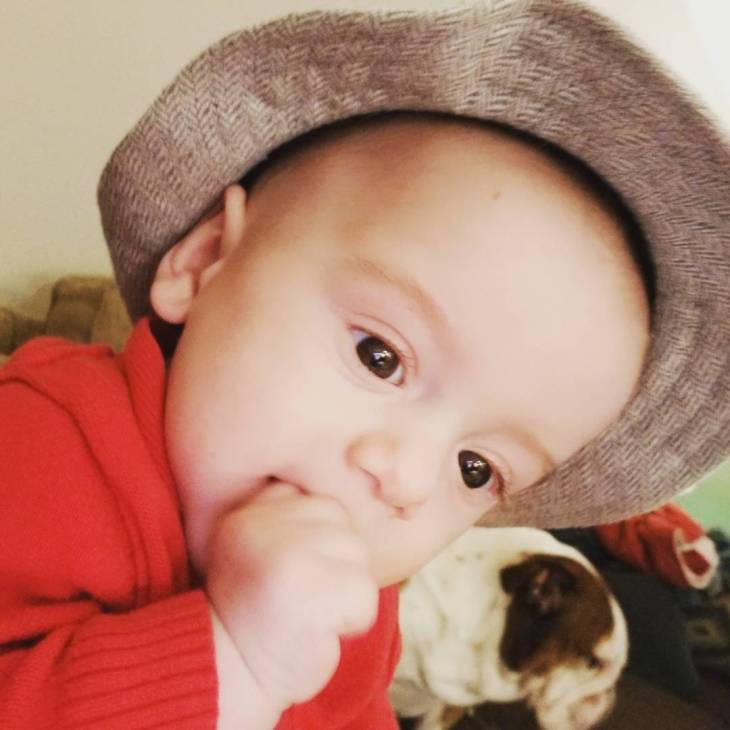 Mostly I’m going to tell you about family drama.

There’s Xmas in Indiana, with L’s family. On the whole, it wasn’t bad. Since L’s mom sold her house in their hometown and is currently camped out with L’s brother and SIL while she waits for her house in Florida to be built, we don’t have a comfy space that feels like ‘ours.’ We stayed with L’s cousin who is lovely and was so kind, but it just never felt like we could settle. There was lots of room, but none of it really worked for us.

Then there was the church stuff. L has two older brothers – the older one has been involved with super conservative evangelical mega churches since L and I got together, and even works for one now (and has in the past.) The middle brother is less committal and generally more middle child, but has never been super involved with anything. His wife, however, recently got involved with the conservative mega church where Older Brother works. We had our suspicions after a few days that her involvement with the church may have shifted some of her feelings about us, mostly because she was being much colder and more distant from both of us. Then we learned that our niece had asked her mom about us – something along the lines of “Auntie Lala and Auntie Andie are both girls and they are married, right?” and her mom (middle bros wife) said, “Yes, but we don’t believe in that.”

I HATE the “we don’t believe in that” bullshit. Like, I’m sorry, what don’t you believe in – we are real people who are actually and legally married. So what you are actually saying is, we believe that they are wrong/going to hell/fucked up/whatever. You DO believe something about us, so say what you do believe in. You have to fess up to the fucked up implications if you do that, though, and SIL definitely doesn’t want to do that.

The worst of it, though, is how silent everyone else stays. No one said anything to SIL, in her recounting of this story, about how confusing that might be for our niece (to hear that her family ‘doesn’t believe’ in her aunts but . . .they’re her aunts and she should be nice to them?) or how hurtful it is to us, or how our GOD DAMN identity isn’t something that we can ‘agree to disagree’ about, or if you’re going to believe that stuff you should probably let us know and not pretend everything is fine and dandy. It’s hard to not feel slighted by the silence or their urging to just ‘ignore it,’ as though this were some friendly razzing. 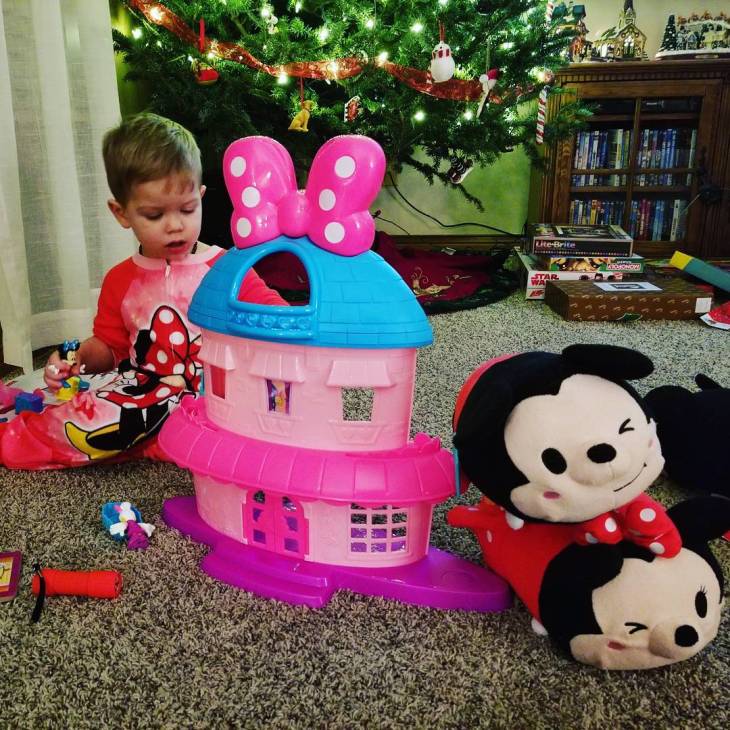 We are visiting in March, since this year wasn’t our Denver xmas (side note: all Xmases going forward will be Washington/wherever-the-hell-we-live Xmases) and are trying to schedule everything out. For a variety of reasons (see here) we decided we didn’t want to spend all of the days and nights with my parents, and that we’d also spend part of the time staying with our besties M+L. I told my mom this, and she lost it. There was a lot about how she hasn’t met Gus yet, how I should recognize how important family is and prioritize that, how she hardly even knew us because we hardly saw her, etc etc etc. All of which just reaffirmed for me why we don’t want to stay there the whole time. There’s also the reality that my parents live pretty far out in the suburbs and our friends all live closer in to Denver or in the city proper, and we are NOT just going to Denver to see family and our friends are as important to us as our family is and that isn’t going to change.

The whole conversation was a mess. She wanted to talk about it more, even after I told her that more talking would not result in any change to our plans, and wanted to do some ‘let’s each take the other person’s perspective’ exercise which normally I’d be game for but she followed it up with, “like, you could try and understand why it would be so hurtful that you’d stay with someone besides me when I haven’t even met my youngest grandchild yet.” At which point I was like nopenopenope. Let’s not forget that they have also not come to visit us since Gus was born, nor does it seem like something they are planning to do. But, whatever. Fucking DRAMA. I imagine it is not going to go well when I tell them there will be no more Christmas visits. But, y’all . . .I don’t want my kids growing up having Christmas switch locations each year, without the opportunity to have our own traditions and experiences. So, whatever . . .everyone gets to have feelings and I’m not responsible for them and that’s what I’m gonna keep telling myself as I sit through this damned mess. 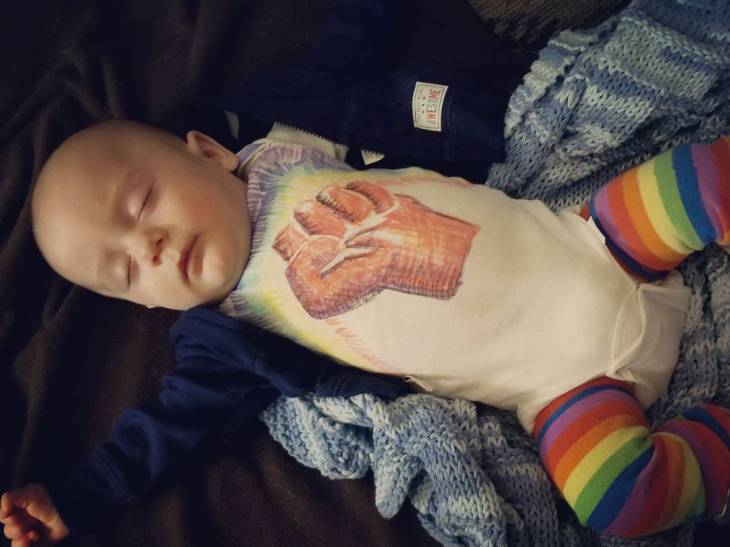 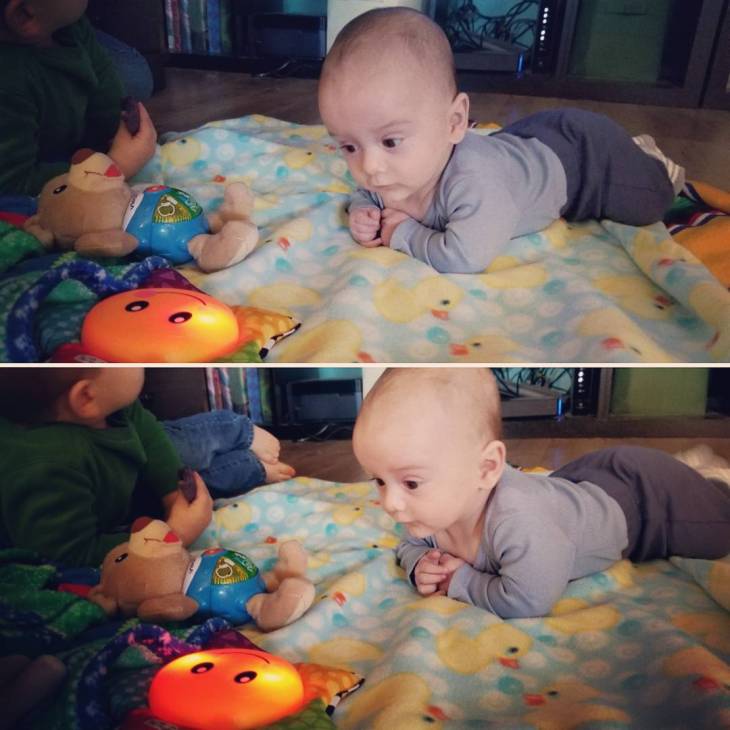 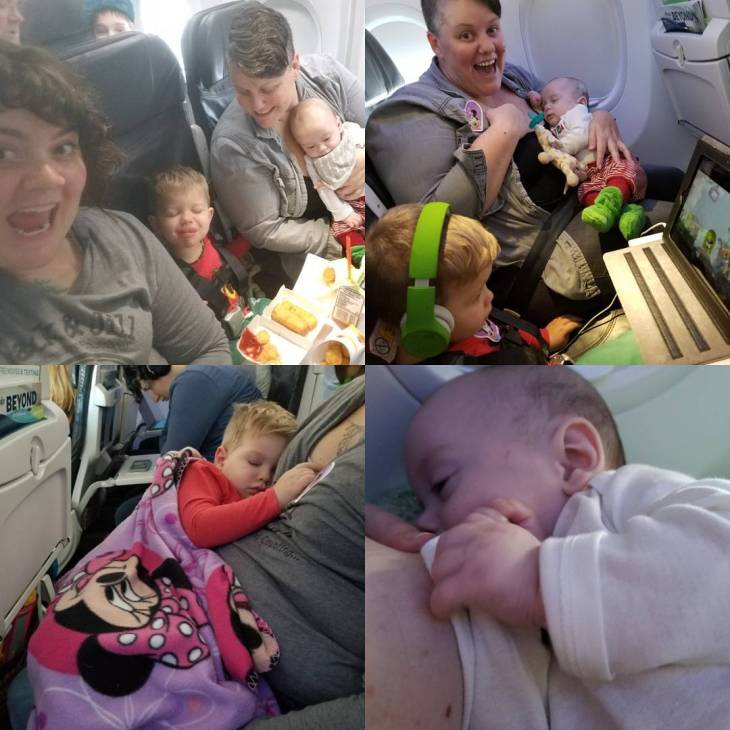 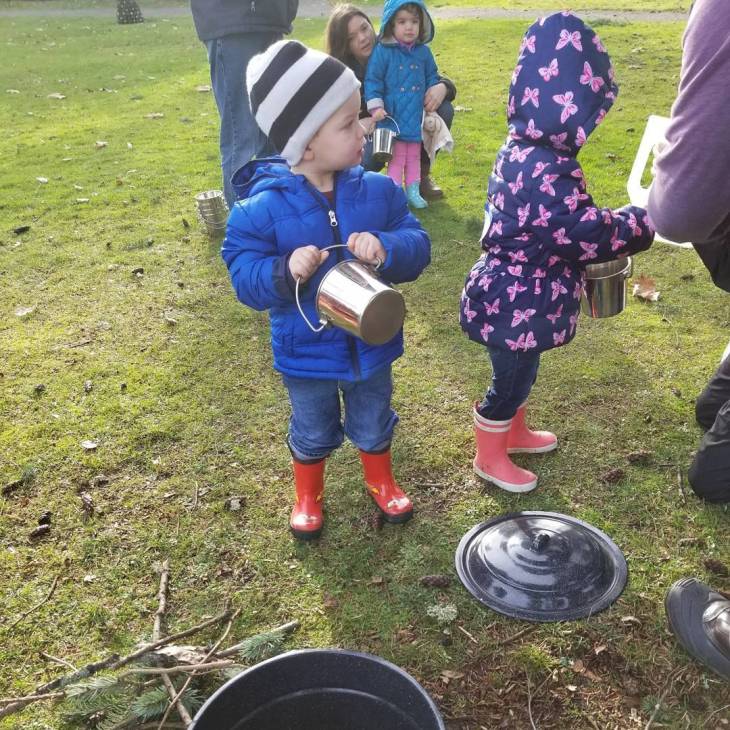 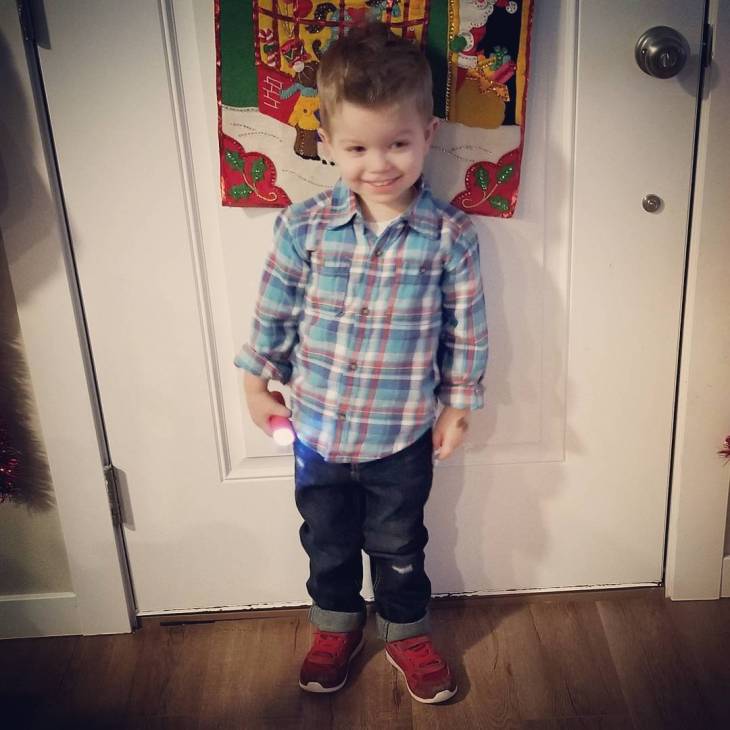 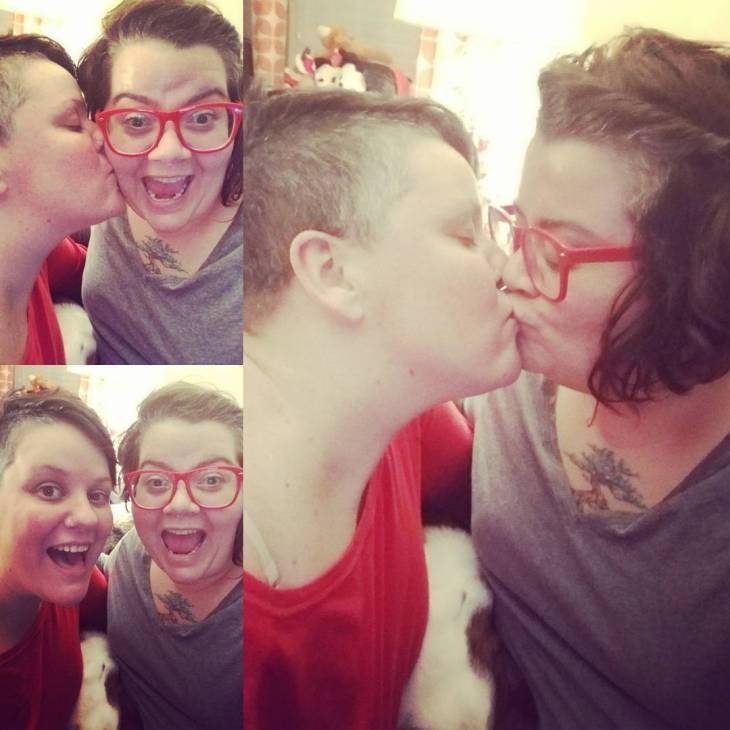 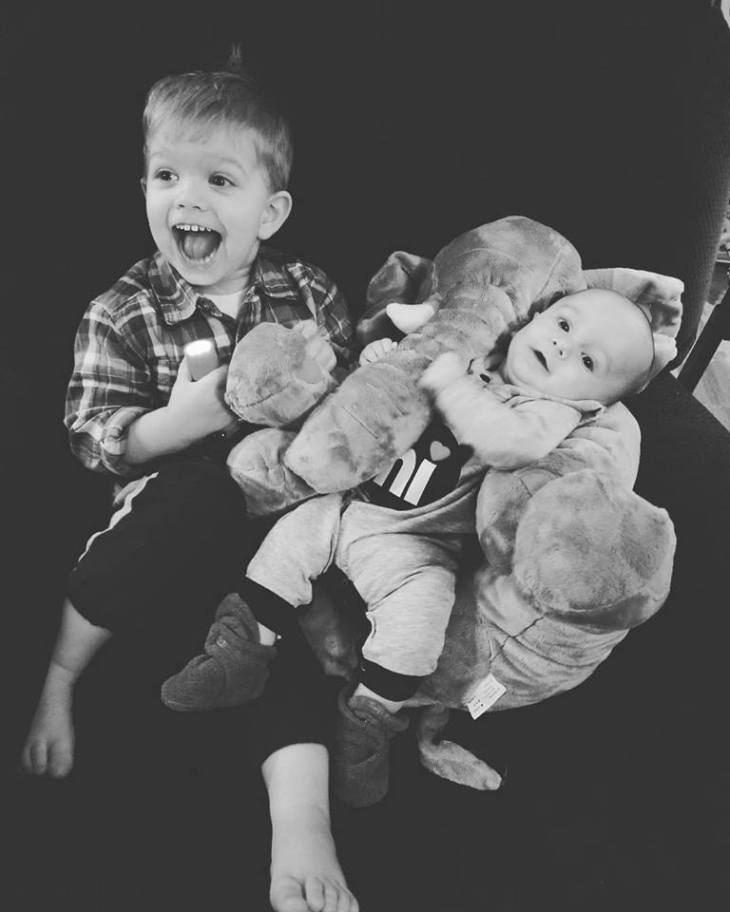 Between My Brain and My Body

Yet Another Other Mother Blog

She is Going to Run

A mom's journey of running for School Board - from start to finish.

The Not So Southern Southerner

The Musings of a Lesbian Pagan Mom in the South

Life twists & turns, but you always end up right where you were meant to be.

A Gay Dad's Approach to Parenting

Don't need to be cool to be kind.

some vegetables, some cats

Star In Her Eye

A blog about two moms trying to conceive

Two ladies on a baby adventure

My journey to get my Miracle.

The McIntwins
genderqueer and pregnant

My journey to Motherhood through gestational surrogacy